Identity based and sexual harassment are not often talked about, even though we may often see them in our classes, workplace, and community. Identity based and sexual harassment belong on the continuum of interpersonal violence and actively uphold identity-based systems of oppression such as racism, ableism, sizeism, heterosexism, cysgenderism,  anti-Semitism, sexism, classism, etc. Microagressions are quips and comments that often have unintentionally harmful effects on folks who are pinpointed by them and help to maintain the oppression of marginalized peoples or groups in our society. 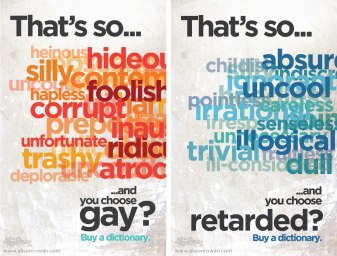 Harassment, in contrast, is

(c) involves a (perceived or real) power disparity between the enactor and the target.

The power disparity between folks enacting harassment and those who are targets could be due to their role in the environment (i.e. professor and student, supervisor and employee, etc.) or larger institutional and societal forces that create power imbalances based on identities. The identities attacked by identity based harassment can be actual or perceived, and chosen by the target as an identity with which they associate or given to them by society or their upbringing.

So, what can you do if you’re experiencing identity based or sexual harassment? There are multiple offices on campus prepared to help folks in the UNC Chapel Hill community who are experiencing identity-based and sexual harassment, providing everything from education and prevention, to emotional support, to university reporting options. Check out a list of these resources here.

Want to learn more about what you can do to prevent identity-based and sexual harassment? Check out the new One ACT program Beyond Bullying, a skills based workshop for students to build on the bystander intervention skills practiced in One ACT and focus on the prevention of identity based and sexual harassment, which will be hosted for the first time on February 28th at 6:00pm in Dey 202.

Make sure to check out One ACT’s cube in the union on oppressive and harmful identity based language and take the opportunity to talk to your friends about why it matters.

One thought on “Beyond Bullying”