Since this article is about both fish oil and research about fish oil, let’s start off Friday with a related fun fact: in Portuguese, the verb for “to fish” is pescar, and the noun for “research” is pesquisa. I like that combination conceptually because it makes me think of research as the process of fishing for valuable knowledge out of the vast pool of universal information. Pretty cool, right? Just me? Ok, we’ll move on.

Between the years 2007 and 2012, annual sales of fish oils and omega-3 fatty acid supplements increased from $425 million to $1043 million in the United States and similar sales booms were seen in the United Kingdom and Australasia (which consists of Australia, New Zealand, New Guinea, and other small neighboring pacific islands). Considering the fact that 10% of adults in the U.S. take a fish oil or omega-3 fatty acid (FA) supplement, chances are that we all know someone who spends quite a bit of money on those fishy, transparent capsules!

I turned to Google to find 10 different bottles of fish oil capsules with roughly the same quantity of fish oil per bottle (GNC, Nature Made, Sundown, Spring Valley, Nordic Naturals, Nature’s Bounty, Optimum Nutrition, Carlson, and Barlean’s) and found the average price of the 10 bottles to be $16.08 for roughly 100 days of taking 1000 mg fish oil per day (this is not an unusual quantity for people to take). No wonder fish oil sales are so high; that’s not cheap for a plastic bottle that smells like a seafood market! 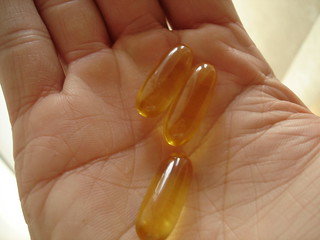 In March, 2014, JAMA Internal Medicine published a research letter in which Dr.’s Andrew Grey and Mark Bolland identified randomized clinical trials (RCTs) or meta-analyses of RCTs about omega-2 fatty acid use published in the top ranking internal medicine journals in the world between January 1, 2005 and December 31, 2012. A randomized control trial is a research study in which two groups of people are followed over time, and one group is given the treatment (fish oil supplements in this case) and the other group is given a placebo (a similar-looking pill that actually contains no fish oil), so each participant does not know which group they are in (to prevent bias). Then the groups are assessed to see if there are any significant differences between the “case” and the “control” groups, such as differences in cardiovascular health in the fish oil trials. The assessment of 18 RCTs found that only 2 of the 18 reported that they found a health benefit to treatment with omega-3 fatty acid supplements (which term I am using interchangeably with fish oil in this article).

The researchers then found the popular news reports that covered the same RCTs that they had assessed and used a 5-point scale with 1 meaning “clearly unfavorable” and 5 meaning “clearly favorable” to assess the way each news report chose to report the findings of the RCTs. For each of the 18 RCTs assessed, they found between 0 and 27 news stories covering each one, ranked them all using the 5-point scale, and then found the median editorial score to be 4. Because a score of 5 means “clearly favorable,” most of the editorial reviews of the RCTs were enthusiastic about the use of omega-3 fatty acid supplements, even though only 2 of the 18 studies showed health benefit to their use.

If the majority of RCTs published in the top internal medicine journals in the world have found no notable health benefit to taking fish oil supplements, why have fish oil sales increased exponentially in recent years in various parts of the world?

Randomized clinical trials are considered the “gold standard” for a research study that is trying to establish a clear relationship between a treatment and an outcome, and they are typically the most trusted study design. However, the analysis published in JAMA Internal Medicine showed that the RCT publications in prominent medical journals have had very little effect on the use of fish oil supplements, as well as the media portrayal of these supplements.

Since 90% of people who take omega-3 FA supplements do so by their own choice and not at the advice of a health care professional, it is understandable why this trend is occurring. These supplements are readily available in the vitamin aisles of thousands of stores, are more affordable than a prescription, and are touted as beneficial to heart health or lowering cholesterol by hundreds of news sources.

These use of these supplements was even endorsed by the American Heart Association in 2002 because less reliable research evidence than the RCTs had shown a benefit to cardiovascular health.

When previous research has shown a benefit, media sources have spread the message far and wide, and supplement companies have seized the opportunity to claim that their product will make people healthier, it is hard to contradict all of this information and change consumer’s minds.  Even when newer, more reliable evidence has emerged saying that what we previously thought about fish oil supplements might not be entirely correct, the majority of consumers don’t take the time to look for hard evidence of a benefit before they make their way to the pharmacy.

Before you go out and spend money on a product claiming a health benefit, it is best to look for the original up-to-date research showing what benefit, or lack thereof, has been found. Even then, it’s always best to talk to your doctor before you alter your diet or begin taking a supplement. You never know how it many affect you based on your unique medical history and it’s always better to be safe than sorry when it comes to your health! (Plus, I’d personally get my omega-3’s straight from the source and eat real fish instead.) 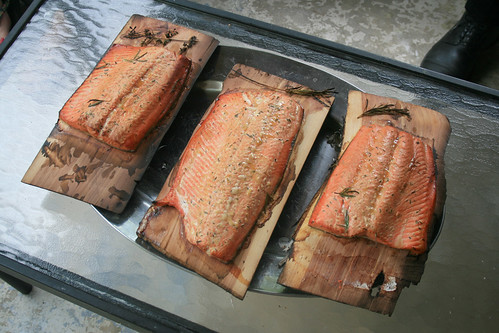