This week, UNC Student Wellness will install free condom dispensers in 10 restrooms throughout the Carolina Union and Campus Recreation!

UNC students have shown overwhelming support for the installation of the condom dispensers. Last Friday, the student group SASH (Student Advocates for Sexual Health) sponsored a photo campaign allowing students to make their voices heard in support of the dispensers. Check out the slide show below:

Research on condom provision programs shows that access to safer sex supplies does not encourage earlier or increased sexual activity. In fact, there is evidence that provision of safer sex supplies delays age at first sex, and increases the proportion of protected sex acts without increasing the frequency of sex. One UNC Resident Advisor reacted to the condom dispensers saying, “I think it would allow people to access the supplies without having to ‘be seen’ by a staff member or fellow student. You could see an increase in the safe sex on campus.”

This initiative to increase access to and affordability of safer sex supplies is a collaborative project between UNC Student Wellness, Campus Recreation, the Carolina Union, and the UNC Center for AIDS Research.

What do you think about the condom dispensers? Make your voice heard by leaving a reply below, or on the Student Wellness Facebook page or Twitter!

con-dom-ol’-o-gy n. the study of condoms; a collection of fact-based resources in simple, easy-to-understand language.

Using a condom is simple, right?  Check out this hilarious video to make sure you have all the facts and get a good laugh at the same time.

Can’t get enough condom facts?  Click here to learn how they’re made.  Disclaimer: The host is a little goofy, but the video is still cool!

All this sweet info is courtesy of the American Social Health Association.  Give them a click. . .

You know what it’s like: you wake up bright eyed and bushy tailed (kinda), head to your morning class, have lunch with friends, head home with every intention of getting some work done, and then. . . BAM!  Two o’clock hits and your eyelids are drooping and all you wanna do is take a nap.

You’re not alone!  It’s completely normal to feel tired in the afternoon.  Circadian rhythms, which affect your sleep patterns, may be to blame for the midday-slump.  In fact, your “sleep signals” peak at night and during the afternoon (right around 2pm!), which may explain why you want to grab an afternoon cat nap.  Other factors, like what you eat, hydration levels, and how much time you spend staring at a screen can also affect those tired eyes.

So what’s a busy college student to do?  Here are some quick tips to keep you going strong:

Adapted from one of my favorite health blogs: greatist.com.  Check it out!

Thinking about taking a probiotic?  You may have seen them at the pharmacy, listened to a friend wax poetic about how probiotics changed her life, or watched Jamie Lee Curtis sing their praises in Activia commercials.  So, let’s learn a little more about them.

Probiotics are live microorganisms (e.g., bacteria), similar to the beneficial bacteria found naturally in the human gut, and may be beneficial to health.  In the United States, probiotics are available as dietary supplements (including capsules, tablets, and powders) and in dairy foods (such as yogurts with live active cultures).  They’re often used for a variety of gastrointestinal conditions including infectious diarrhea, diarrhea associated with using antibiotics, irritable bowel syndrome (IBS), and inflammatory bowel disease (e.g., ulcerative colitis and Crohn’s disease).

Probiotics may improve your health by:

Sounds good, right?  Here’s the major caveat: The U.S. Food and Drug Administration (FDA) has not approved any health claims for probiotics.  Although some probiotic formulations have shown promise in research, strong scientific evidence to support their use is lacking.  (But keep your eyes peeled, because many more studies are under way!)

However, it appears that most people can use probiotics without experiencing any side effects.  If you’re thinking about using a probiotic dietary supplement, you should definitely consult your health care provider first.  Probiotics should not be used in place of conventional medical care or to delay seeking care if you are experiencing symptoms that concern you.

When all else fails, ask your health care provider or a pharmacist!

Bottom line. . . to probiotic or not to probiotic?  At this point, I’d say it’s up to you.  The research suggests that they’re fairly low risk and may benefit your health.  If you’re interested and you’ve received approval from your physician, give them a try.  (And report back, please!)

So, what do you think?  Have you tried probiotics?  What did you think?

As “Jamie Lee Curtis” shows us in this SNL spoof. . . everything in moderation!

Since at least the fourth century B.C. until the American Psychiatric Association dropped the term in 1952, women were commonly treated by physicians for an ailment called “hysteria.”  Considered chronic in women, symptoms included fatigue, anxiety, headache, neuralgia and depressed mood. 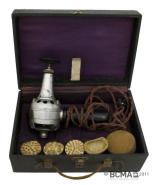 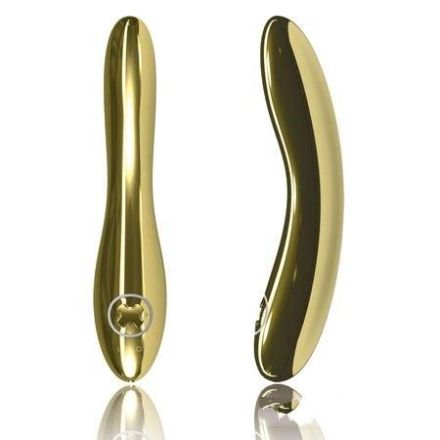 Vibrators can be used to stimulate not only the female genitals, but many sensitive and pleasurable parts of female and male bodies.  (They work the very best with lots of lube – for more information on which to pick, check out our lube blog post.)  So where can you get in on the action?  We’re raffling off vibrators, books, and other sexy toys at tomorrow night’s event, “Orgasm?  Yes, Please!” sponsored by Counseling and Wellness, along with UNC’s own Project Dinah and UNC Panhellenic Council.  It’s a fun, free event focusing on the best part of sex: pleasure.  But pick up your tickets fast!  Less than 100 remain at the Union Box Office.

This sky might not be Carolina blue, but it’s just as beautiful. 😍 Photo creds to @acorn42
❄️ + Tar Heels = Snow much fun! We love seeing the photos of y'all playing in the snow. Thanks for sharing your pics @manavbindesh @corall.amann @jennaland17_ @julieee.k @charlsiedoan @gypsy.genes @bao_le12 @maddie.grraccee @sl_div @gracee_brady
We’re 7 weeks into the semester, which means it’s once again time for midterms. We’re all in the same boat, so take the opportunity to form new connections with friends and classmates. If no study groups exist, form one! If your friend group seems stressed, be the person to organize a self care day. The best way to get through this is together.
Plan your biking/jogging route around the Old Well, and you’ll always have a place to stop for a drink of water. 💧#HeelsStayHydrated #targram