Some of you may have seen this article in yesterday’s New York Times business section about dieting and the mental strain it causes. I read the first paragraph,

”Diets don’t just reduce weight, they can reduce mental capacity. In other words, dieting can make you dumber,”

and I thought, Yes! Another anti-dieting tool for my toolbox that I’ll use to convince my patients that diets don’t work and balance is best!

I was nodding my head, Yes, through the author’s descriptions of various studies showing again and again how dieting lowers IQ. It looks like dieting makes us dumber because the constant thoughts of “Should I or shouldn’t I have that cookie?” take up precious bandwidth, or mental capacity, and make us less able to focus on other, likely more important, stuff. Like studying for that chemistry exam or being a patient friend or partner.

Another point that I found interesting and that I preach in my office on the daily, is the idea that “dieters have spontaneous self-generated cravings at a much higher rate than nondieters.” That is, even when there aren’t cookies around to drool over, dieters tend to fixate on foods that they’ve placed on their “bad” or “do not eat” or “no-no” list.

The author goes on to talk about how other types of scarcity, like poverty, similarly reduce bandwidth and negatively effect decision making. The main idea: the more stressors we pile on, the harder it is to make good, balanced decisions. As the article states, “diets create mental conditions that make it hard to diet.”

So, there I was, nodding my way through the article and then BAM! My bubble was burst when I got to the prescriptive portion. The author’s recommendation for managing scarcity: try the Atkins diet because it requires less thinking. No no no.

I am not trying to diss the mega-industry that is Atkins, but in an article that clearly shows that banning foods causes “spontaneous self-generated cravings” that can be derailing both for someone’s physical and psychological health, how in the world does it make sense to recommend banning all carbohydrates? An entire food group! No no no no.

Yes, “Atkins requires less thinking,” but is the goal really to do less thinking about our foods and tune out what our bodies are telling us? Shouldn’t the goal be to tune in?

There is no one prescription for healthy eating. I teach most of my patients the plate method and I truly think all foods can fit in a balanced diet. But I say we also need to focus our energies on alleviating scarcity and managing stress, and that’s why I often refer my patients to counseling. Getting rid of diet rules and building positive self-esteem is often the first step to wellness.

My recommendation: stop demonizing the cookies. Love your body. Go see a registered dietitian. Or a therapist. Free up some bandwidth.

Last week, I explored the science of diet soda’s effect on physical health in order to answer the question…

Before I explore the psychology of this question, I want to address one more physical impact that I left out: your teeth. The journal of General Dentistry published a study equating diet soda’s effect on tooth erosion to meth and crack, igniting a firestorm of articles. But before you scrutinize your smile for signs of meth mouth, keep in mind that this study only compared three case studies (one meth user, one crack user, and one diet soda drinker), and the diet soda drinker was a woman who drank four liters of diet soda daily for five years. Other research shows that diet soda parallels beverages with similar acidity levels, namely juice, regular soda, sports drinks, and energy drinks, when it comes to tooth erosion. So, you probably won’t rot out your mouth with moderate diet soda consumption, but reducing intake will leave you with pearlier whites and lower dental bills.

Diet soda and a culture of calorie-counting

In a culture that fears fat more than death, diet soda captivates us with its promise of zero-calorie sweetness. You only need to see one diet soda ad to realize that marketers are capitalizing on a culture of calorie counters and fat phobias, and oftentimes, that culture is directed towards women… 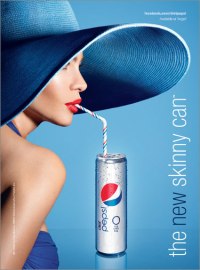 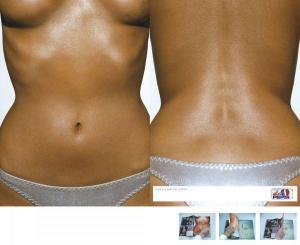 If you read Part I of this series, you know that drinking diet soda may not make you skinny (it may do the opposite!), and yet the passionate pursuit of skinny fuels the diet soda market. Because women want to be skinny. And if drinking diet will get us there, then we’re all in! So we get ads of slim, scantily-clad, faceless women whose bodies are the product of drinking diet. But what does this say about our culture? About how we view women and their bodies? In my research for this blog, I noticed that men receive similar messaging around diet soda and achieving an “ideal body.” Check out this classic Diet Coke ad from the early 90’s:

Health limitations (like diabetes or metabolic syndrome) aside, I can’t help but connect a person’s choice to drink diet soda to body image. If the two were not inextricably linked, then why do diet soda ads so clearly connect diet soda and thin, muscled bodies? Why don’t they focus on diabetes risk? The health effects of sugar? Perhaps because, in our culture, our health matters far less than looking thin, toned, and attractive to the opposite sex. Yikes.

Diet soda ads may be feeding an unhealthy culture of thinness, but getting skinny isn’t the only reason why people choose diet over regular. Food is a multi-sensory experience. Mindful eating is a recent trend based on an old idea that involves tuning into your body’s cues and cravings, and instead of fighting them, giving your body what it needs and (gasp!) wants. Think about how children eat. They usually know exactly when they are hungry, when they feel full, and what they want without relying on clocks or nutrition labels. This is mindful eating.

So, why am I talking about mindfulness in a diet soda blog?

In college, I had a diet soda addiction. I grew up sneaking sips of my mom’s diet coke, and I only increased my habit as an undergrad. Until a friend said something that changed my perspective: “When you drink diet soda, you promise it sugar and then don’t deliver. You are betraying your body.”

Betraying my body? Whoa. C’mon…just trying to save some calories here!

But the more I thought about what she said, the more it made sense. Why do I reach for diet soda? What is it I really crave/need/want? Answering these questions helped me figure out that my body is probably not needing/wanting/craving an artificially sweetened beverage, so I am giving it diet soda when it really craves something else. It was hard for me to let go of the “guilt-free-calorie-free” mantra and tune into what my body may be craving, but I felt much better once I did. The next time you reach for a diet soda, here are some questions you can ask to tune into what your body may be wanting:

PART I: The Science 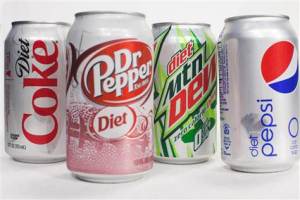 Linked to obesity, regular sodas have gotten a pretty bad rap causing many to turn to diet soda as the healthier alternative for their sweet, fizzy fix. So…

In this blog, I will explore the science of diet soda to help answer this question. Let’s start by examining diet soda’s main ingredient: the sometimes-controversial, almost-too-good-to-be-true, calorie-free sweetener…

Are the artificial sweeteners in diet soda safe?

Today, most diet drinks contain either aspartame or Splenda. Aspartame came under fire during the 1990’s with a study suggesting that it may be linked to brain tumors, but this was later disproved. In 2005, a European Food Safety Authority (EFSA) study found aspartame to be carcinogenic in rats. Both the FDA and EFSA have since reviewed the study and concluded that there is no evidence to support aspartame as a human carcinogen.

Besides this research, there is an abundance of anecdotal evidence questioning aspartame’s safety. For example, some consumer watchdog groups suggest that formaldehyde, a byproduct of aspartame, creates toxic effects in the body. But many naturally occurring foods, including fruit juice, also produce formaldehyde when broken down in the body as part of the natural digestion process with no adverse effect. Although no studies have measured side effects from aspartame consumption, some cited side effects include digestive problems, headaches, dizziness, and headaches.

What we do know for sure is that aspartame contains phenylalanine. People with the rare genetic disorder phenylketonuria (PKU) cannot break down this amino acid and should avoid aspartame.

Splenda, the other common diet soda sweetener, was approved as a general sweetener in 1999 after the FDA reviewed more than 100 studies examining its safety. So, looks like Splenda and aspartame are A-ok when it comes to cancer risk.

Now that cancer risk is off the table (for now, at least), let’s look at whether diet soda fulfills its intended purpose…

Many soda drinkers choose diet to save calories in order to control their weight. But, recent research suggests that the artificial sweeteners in diet soda may actually lead to weight gain in addition to other metabolic disorders.

Susan Swithers, professor of behavioral neuroscience at Purdue University, just published a review of multiple studies on diet soda, weight, and metabolism. Here’s the gist of her findings:

She reports that these changes occur even in occasional diet soda drinkers (3 sodas a week) and that the metabolic disruption can lead to metabolic syndrome, Type II diabetes, and even heart disease. Wow. Is anyone else flashing to that scene in “Mean Girls” when Regina George finally discovers that her diet bars are actually the cause of her weight gain?

Before you blame diet coke for your Beyonce curves, keep in mind that Swithers’ article is

based on a review of lots of studies, and it isn’t conclusive. Many of these studies show a correlation between diet soda and these negative health outcomes, but that does not mean that diet soda caused those things (correlation ≠ causation!). At the very least, these findings are food for thought, something to consider when staring down the cold drinks section of Student Stores.

1. Artificial sweeteners do not cause cancer in humans–YAY! They are safe to consume.

2. Aspartame is dangerous for folks with the genetic disorder PKU.

3. Artificial sweeteners in diet sodas are correlated with weight gain and some metabolic disorders, but we don’t know for sure if drinking diet soda causes them.

Stay tuned for PART II next Tuesday, when I will move beyond the physical realm–since we folks at Student Wellness like to think of health in the holistic sense–and examine the diet soda debate from a psychological perspective.